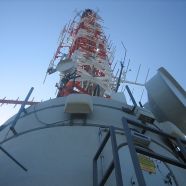 4G auction in the UK

Ofcom have announced their plans for a 4G spectrum auction.

Will we see repeat the outcome of the 3G auctions where £22 billion was raised, which came close to sinking several of the operators? The consensus is, “no.” Ofcom has predicted £1.4 billion, and there are estimates of up to £4 billion being possible. This is far more rational.

I was working for Ericsson during the early days of 3G and it’s interesting to see the similarities. The sorts of things predicted to happen 13 years ago like mobile video conferencing, location-based services, etc. are only now becoming part of the mainstream. As it turns out, the devices were more important than the network as far as encouraging use. Ten years ago, I had an Sony Ericsson phone that could do many of the things my iPhone can do now. Telia in Sweden offered a mobile TV service, it was possible to video chat between phones from different vendors, and you could use Google maps to get directions. The problem was, the experience was extremely unpleasant. The form factor of the devices was still that of a standard mobile phone, the screens were small and low resolution and the apps didn’t share information. Each service was subject to metered billing as well, which really discouraged use.

One of the strongly positive elements of the Ofcom proposal is that one of the winning bidders will be required to provide 4G indoor coverage to a minimum of 98.5% of the UK, with no less than 95% coverage in any individual Nation. This level of coverage is significant, in that it will ensure that areas that are currently underserved by both 3G and wired broadband will have access. In fact, this sort of coverage is similar to the requirements imposed on broadcasters like the BBC and will have interesting implications for delivery of TV and radio. Depending on the pricing and if the operators drop the download caps as they have in many parts of Europe, online media could be a killer app.

We’ve already seen this with robust 3G networks, like the ones in Scandinavia. Three years ago, when Swedish Television rolled out dynamic bandwidth streaming for their online service, SVT Play, they advertised it with the tag, “Resa iväg med SVT Play.” Or, “Travel away with SVT Play.” And suggested that you could keep up with all your favourite programmes while on your boat or in your summer house using your “semesteruppkoppling” – a word that could only be invented in Sweden. Roughly translated it means, “holiday broadband connection.” In other words – 3G data. All the major carriers offer pay as you go mobile data contracts with no data cap and HSPA speed across the entire country. Ultimately, this is much easier to travel with than a TV set and an aerial.